Here’s some info to chew on about Bonnie Kreitler,

author of I Heard Your Dog Died: Imaginings for Those Who Have Lost a Pet

Bonnie Kreitler began her career in publishing with the U.S. Department of Agriculture and Time-Life Books while living in Virginia. After moving to Connecticut, she focused on writing and marketing services for the horse industry. Her award-winning book 50 CAREERS WITH HORSES! was a best seller in its niche. Bonnie returned to her publishing roots when she started Rambling Dog Publications with a mission to help animals help people. I HEARD YOUR DOG DIED: Imaginings for Those Who Have Lost a Pet is her first fiction work.

Throughout her career, Bonnie has earned numerous awards for her work from groups including The Association for Women in Communications, The National Federation of Press Women, The Connecticut Press Club, American Horse Publications, and the American Association of Agricultural College Editors.

Family lore holds that Bonnie Kreitler’s deep connection to animals began even before she started talking. When she learned to read and write, she began hand printing illustrated stories and has rarely been without pencil, pen or keyboard nearby since. She worked as a journalist and marketing consultant in the horse industry for over 25 years. Her award-winning book 50 Careers with Horses was a best seller in its equestrian niche. Learning to meditate led to studies of intuitive techniques and energy healing including animal communication and Reiki. She counts herself fortunate to enjoy a career that combines her love of animals with her writing skills. I HEARD YOUR DOG DIED: Imaginings for Those Who Have Lost a Pet from Rambling Dog Publications is her first fiction work. Bonnie lives in Fairfield, Connecticut. 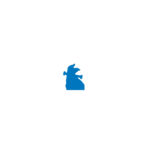 As a child, Bonnie Kreitler might have been labeled a crook or a writing prodigy or an entrepreneurial author. She borrowed the characters of witch Hazel and her niece Itch from the Little Lulu comic series, scribbling stick figures and dialogues into stories she concocted for family consumption. She printed fantastical animal tales in a writing style that only a mother could love (or read). A few years later, she and her sister Sue put together the YUK YUK DAILY BLAB, a one-sheet rag that combined bad jokes with neighborhood gossip, and peddled it door-to-door for a nickel. They made copies with carbon paper and their nickels bought a pack of Wrigley’s gum or chewy Kits chocolate taffy, each with enough pieces to share among sisters and friends.

As child, author Bonnie Kreitler devoured books about animals. She remembers reading her illustrated copies of Black Beauty and Aesop's Fables until their bindings almost fell apart (she still has them). She began a career writing about animals following a degree in Agricultural Communications from Michigan State University and has been at it ever since. I HEARD YOUR DOG DIED: Imaginings for Those Who Have Lost a Pet from Rambling Dog Publications is her first work of fiction.

Bonnie started her career in publishing as a kid. She and her younger sister Sue wrote THE YUK YUK DAILY BLAB, a modest flyer full of jokes and chatty neighborhood news that they peddled for a nickel. That may not sound like much but it bought a pack of gum or chewy, chocolatey Kits to share. As of this writing, it appears that no copies of this journalistic endeavor have survived. (probably for the best).